Just three weeks after premiering A Friend Like You for my ICONS thesis concert we are performing vignettes for an outdoor series called Flight hosted by Roxann Morgan Rowley’s Next Reflex Dance Collective. For a fine October day with plenty of sunshine and warmth to go around we kicked off this series as one of 6 dance acts free and open to the public. NRDC’s Flight series of performances will be held at local Fairfax parks, lakes and natural spots. For this one we were located in a field down a hill with games abounding left and right and the sound of the ice cream truck calling to those looking for a sweet way to cool down. The stage? A sprawling green field of Van Dyck Park. 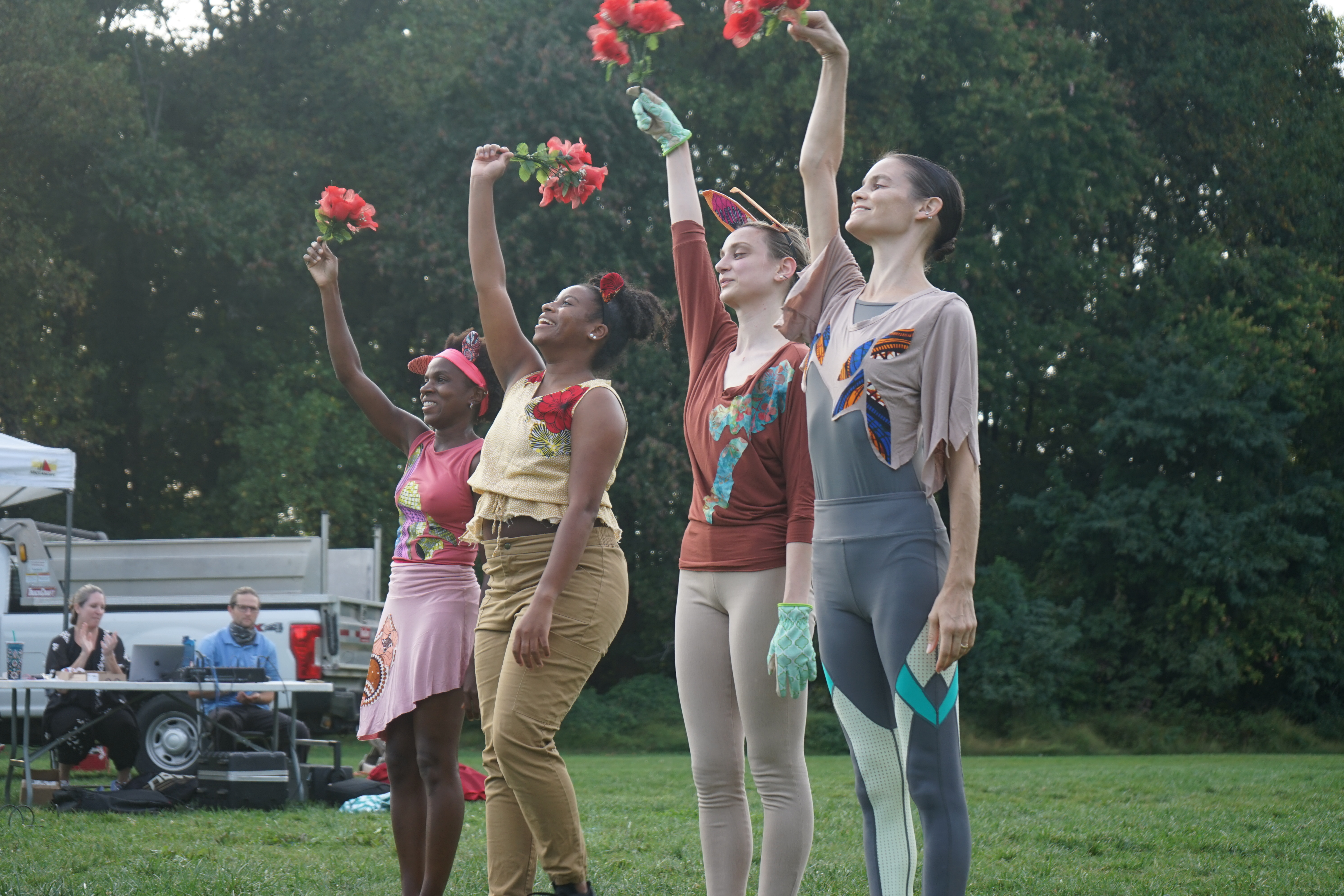 ← A Friend Like You
Contemporary Studio to Stage Performance SerieS →